From Slough to Gaza 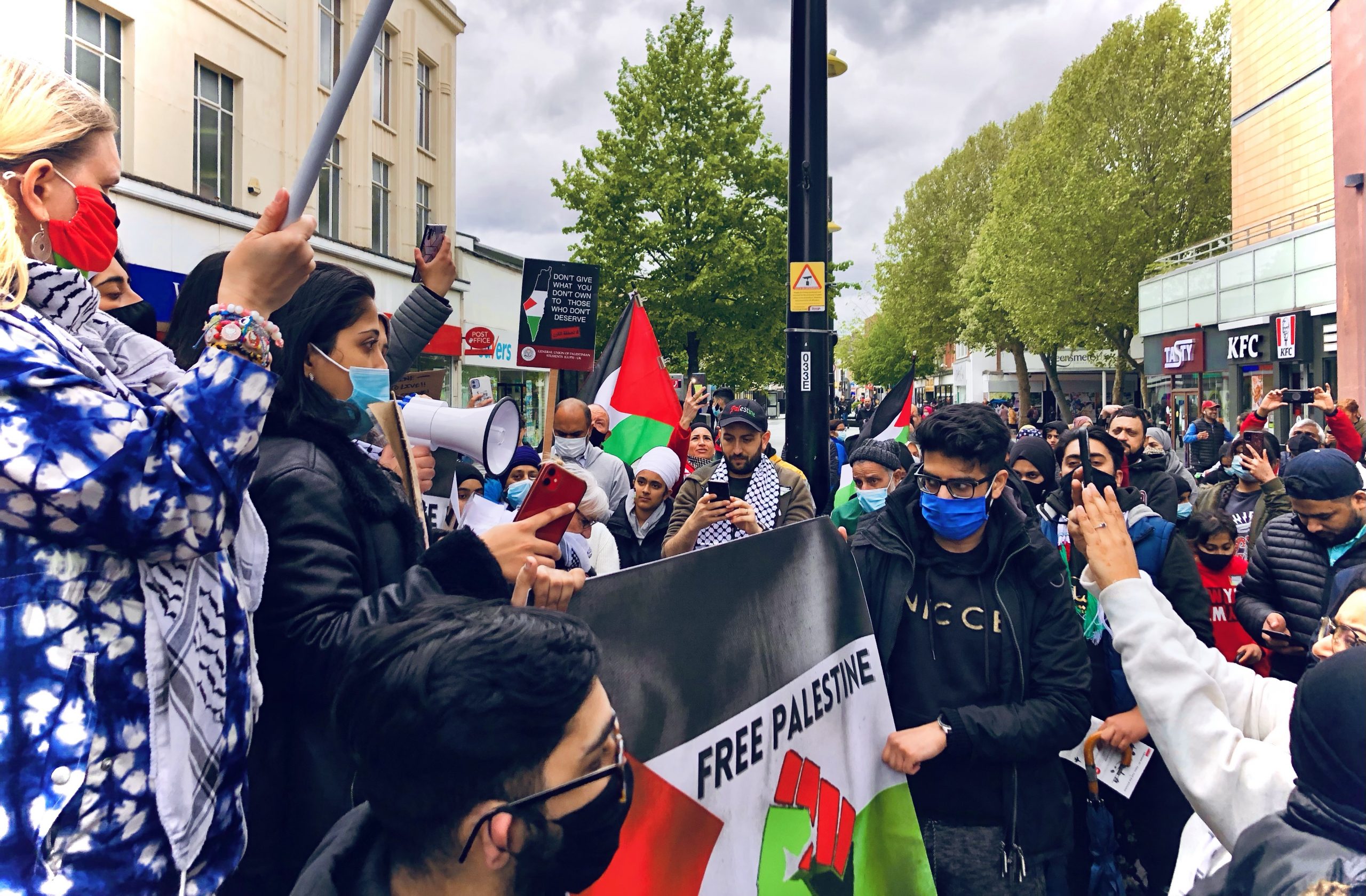 From Slough to Gaza

It’s been almost a week since the official ceasefire was announced between the Israeli government and Hamas militants, and since then we’ve only heard more reports of attacks on al-Aqsa worshippers and no acknowledgement of responsibility from Israel or any of its allies. Blinken is being sent to the region without a peace plan (it’s the first time in years the person in his office has been put in that position), though the limited goal of preserving the ceasefire is probably for the best with all the harm that successive US administrations’ self-ascribed ‘impartiality’ has caused.

The people of Slough know that the only thing that will end the occupation is BDS – putting pressure on institutions like our universities, sports clubs, and local governments to stop normalising the settlements and put anyone in them or who deals with them firmly outside the law. Where they belong.

With our MP Tan Dhesi’s blessing, we handed in a letter to Slough Borough Council which demanded they cease any investments in or links with companies tied to the mass-dispossession of Palestinians (in the West Bank, East Jerusalem, or elsewhere).

The statement we published via social media, and shared in a great article by the Slough Observer, read as follows:

Never seen a turnout like this at a local protest, people showed up from all over Slough and there was a powerful fusion of the religious and secular movements for freedom in Palestine. Thank you to everyone who walked all the way from Upton Court to Empire Cinema and then the Slough Borough Council building.

There were fantastic speeches by Dr. Lateef, Shaista, Preston, Sue, and others, and I was honoured by the request to say a few words as well. Slough & East Berks PSC and the organisers of a separate march ended up merging on the High Street, but the Palestine Solidarity Campaign is known for its strong alliances and we saw ourselves as carrying on in that tradition!

Let’s hope that this unprecedented pressure in the US (from the most high-profile Jewish politician in its history and the first ever Palestinian congresswoman, for a start) ends up working in our favour.”