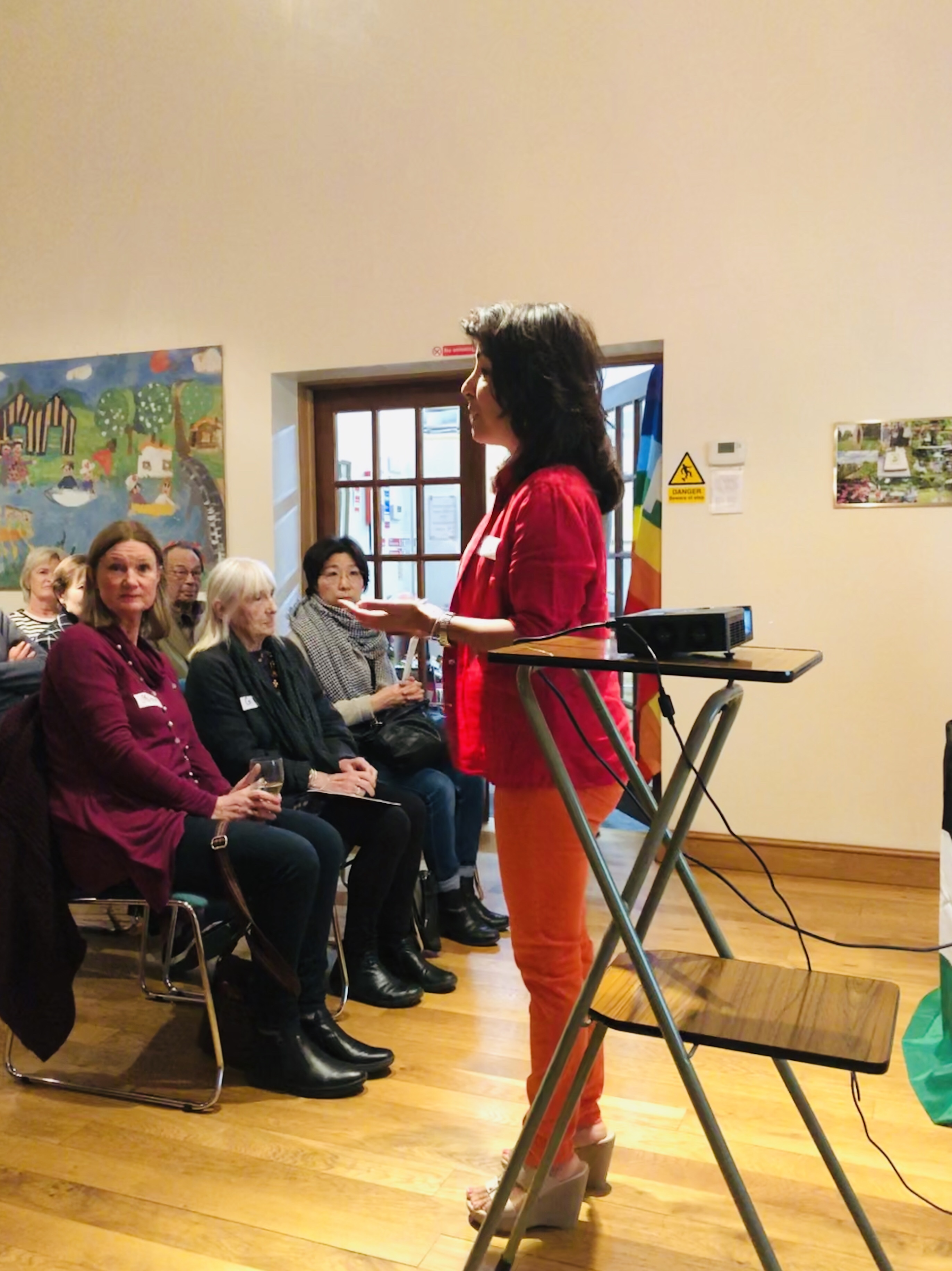 On Tuesday night the Slough Palestine Solidarity Campaign – as part of the PSC’s 1st Great Return Week – and other regional activists hosted an event near Henley on Palestinian daily life, centred on the troubles young people face in schools, in olive farming, and the prison system in the West Bank (from both settlers and the Israeli state).

Many thanks to Salim of the national PSC exec and formerly West London PSC and Mary who acted as a representative of the Zaytoun olive harvest initiatives.

Mary told us all about how schools have to spend a large amount of their limited budget on defences that are only made necessary by settler aggression (eg. canopies that catch the stones thrown at Palestinian schoolchildren), and that Palestinian agricultural programs (including the greenhouses and farming that’s funded or taught by schools) regularly have to contend with the Israeli army stealing huge chunks of their land without cause or explanation. What’s quite telling is that Israeli military courts are among the few that try minors, but Palestinians are the only children in the world who are put on trial by the military court of a nominal democracy.

A school Mary mentioned had 80 acres which had always belonged to it, until over the course of a single, random night the authorities erected a barbed wire fence that cut off 20 acres.

Salim talked about the obscene conviction rate of Palestinian youths (over 95%) compared to the conviction rate for Jewish-Israeli youths (less than 10%), and that the punishment for throwing rocks (accusations that are often unproven or discredited when the accused are forced to sign confessions in Hebrew – a language they don’t understand) is virtually a life sentence or half a life sentence even when there’s no demonstration of the physical harm caused as a result.

Please support our work and everything we do to bring the Palestinian narrative to the U.K. Here, like in the US and other places, our politicians do anything they can to make sure we only hear one side of this critical story.

Thank you to Slough’s Kabul Palace for the amazing Afghan food at this event, and Connie for finding us the lovely Skirmett Village.

Please look at our Facebook page for more information on the 1st anniversary of the Great Return protests that started in Gaza this month last year, and what we and the national PSC are doing to commemorate it.

The solidarity protests in London this weekend look like they’ve been a great success, look for the hashtags #GreatReturnMarch and #ExistResistReturn in social media.